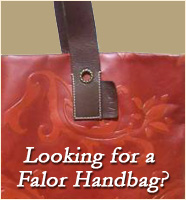 This family name is a variant of the German Pfahler, which is of habitation origin. Habitation names are generally derived from either the location of the initial bearers place of residence or from the name of the town or village from whence he hailed. Sometimes, a habitation name refers to a residence that was distinguished by a sign or engraving that may have been hung above the house front door.

In this case the name Falor or Pfahler is derived from the Old High German "phal" meaning "pole or stake", which indicates "one who lived near a stake or pole" and may have referred to a pole or stake that marked the boundary of a village or estate. In some instances, Falor is of personal name origin and a variant of Faler, and ancient first name derived from the Old High German "falo", meaning "pale". Variants of the surname Falor include Faler, Faller, Pfaler, Pfahler and Pfahler.

The earliest known reference to this name or to a variant is a record of one Walter Pfahler, mentioned in documents from Bernhausen in 1381. Christina Faler and Georg Steck were married in Bernhausen, Wurttemberg, on July 12, 1663 and the wedding of Michael Faler and Dorothee Louise Grabow took place in Konigsberg in Neumark, Brandenburg, on April 28, 1805. This name was introduced to America by German emigrants in the nineteenth century. The birth of John Adam, son of Hans Adam Fehler and Anna Maria Dorthea, is registered in Northampton, Pennsylvania, on July 13, 1769.

It is possible that the name was first introduced to the USA at an earlier date.


Blason of Arms: Azure, a stake with two handles in pale or.
Translation: Azure (blue) symbolizes Venus and denotes Fidelity, Steadfastness, Vigilance and Perseverance.
Crest: On a crown or, the stake of the arms between a vol alternating azure and gold.
Origin: Germany. 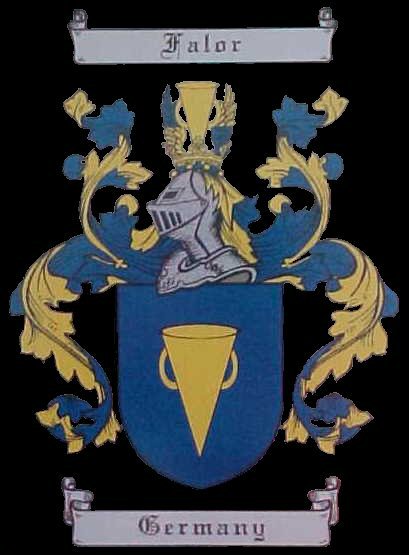